Today it is a wonderful day in ShenZhen. The Ukrainian company SKYGROUP, a large agricultural company, Evgen Smelyanskiy came to visit us ---ASTA company, especially for our company's agricultural drones. Since Ukraine is a big agricultural country, it is introduced to us that Ukraine is a big agricultural country.
Ukraine is known as the granary in Europe. Its geographical environment is natural, its climate is mild, precipitation is abundant, its terrain is flat and open, and its soil is fertile. Wide geographical area, high level of mechanization, broad market, convenient transportation, advanced agricultural technology
Ukraine has a population of 50.125 million and a population growth rate of -0.64%. The government's agricultural sector includes the Ministry of Agriculture, the Ministry of Agriculture and Industry, and the State Property Fund. Since the declaration of independence in 1991, the Ukrainian economy has been moving from a planned economy to a market. In the transitional period of the economy, GDP has risen since 1999, and the proportion of agriculture in GDP has been increasing. The labor employed by agriculture accounts for 24% of the country.
The main agricultural product is wheat. Barley, sugar beet, etc. Between 1994 and 1998, the average annual output of wheat was 15.4 million tons, and the average annual export volume was 1.085 million tons. By 2000, the output of wheat was 12.7 million tons, the output of coarse grains was 11.166 million tons, the output of corn was 2.23 million tons, and the output of rice was 75,000 tons.

Based on the Ukrainian agricultural market, Mr. Evgen Smelyanskiy and Mr. Penny, the general manager of our ASTA, conducted a detailed discussion and discussed 100 sets of agricultural and inorganic purchase plans. And He is very satisfied with the performance stability and functional application of our ASTA agricultural drone by personally operating the models AGWP-12, AGWP-10, AGL-10 and other models. Cooperation intentions will be reached in the next few days. This is a very meaningful day between SKYGROUP and ASTA. 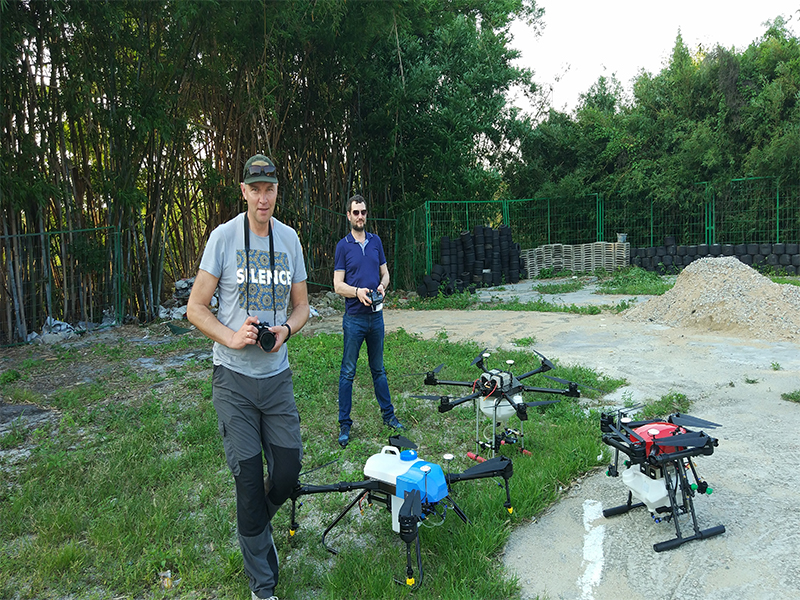